Blown away is a Netflix original that shines a light on a very unappreciated trade. It follows 12 glassblowers as they compete to win a super ‘glass blower package’ and space in an high-Cali the glass museum.

This show has a sole focus on talent almost as if the whole show is a showcase rather than a conception. This is shown in many different ways throughout the series. Firstly the name, ‘blown away’ is an obvious reference to not only the art of blowing glass but also gives the audience a sense of anticipation of the skill and talent they are going to witness. Secondly, the entire show takes place in a rustic, realistic-looking warehouse and so they strip back the decoration/setting so again the focus of the audience is on the craftsmanship of the participants. Similar to this, there are no over-the-top personalities or characters in the series instead they are normal people who just happen to be glassblowers. On top of all this during one of the episodes no gets eliminated and so it is purely a demonstration of what the participants can do. This show is very different to other shows that focus on a craft such as ‘the great British bake off’ as it has taken away all the drama of tv shows such as tense music and mid-work interviews. I never understood why these shows give the participants a really tight time limit and then halfway through a judge comes around an asks a series of questions that are only a disruption to the participant. There are very limited distractions in this show and what was really nice to see was in one episode a participant actually sends a judge, who is trying to question them, away as they are too busy which to me makes perfect sense.

The ‘judges’ on this series are not really judges. They act more as critics. At the end of each show, the participants put there work in a gallery where the ‘judges’ discuss craftsmanship and the inspirations behind the work just like how critics would do in the real world. This helps add to them the professional vibe of the show. Not only is this show a showcase but it also teaches the users about equipment glassblowers use and also teaches unique techniques the experts use. For example, to get a cracked effect on the glass the blowers heat the glass up and then dip in cold water which get the effect without it becoming dangerous , or to get the glass to appear cloudy you put baking powder between layers of glass and as the glass heats the powder causes a bubbly/cloudy effect. This insight into this profession, which not many people know about, is very interesting and makes this programme both educational and enjoyable.

This programme has creativity at its core. The participants receive a brief and it’s their task to interpret it in whatever manner they deem fit. This means each piece of glasswork is very different from one another in the present section of each episode. What is really good about this creative process within the show is that the artists obviously plan what they are planning to do and this shows each step in the design process. It shows the participants brainstorming, drawing their ideas and coming up with colours etc.

I think the end was somewhat disappointing as they brought back all the eliminated participants but they didn’t do anything. I thought that as the finalists got multiple assistants each it would have worked perfectly with the eliminated glass blowers. The two finalists could have had all the eliminated glass blowers assistants and they would have really helped show off their talents which I believe was the most important concept of the show. The other thing about the show that I didn’t quite enjoy was the pun ‘best in blow’ which, while I understood the pun, was unnecessarily gimmicky which I think didn’t really fit the vibe of the show. Also the intro that is used every show that shows some of the equipment in the workshop became quite annoying after a while (which may be because I binge-watched the whole series in one day) but I believe this programme was great for binge-watching due to its type of entertainment as so many people may also get annoyed to the repetitive introductions.

Overall, this was a very enjoyable show that shined a light of an often overlooked profession. This is a unique show that strips back the showbiz of conception tv shows and maintains a focus on talent and craftsmanship. This is a more professional and mature show that an older audience would enjoy most in my opinion. I would personally rate this show as 4 out of 5 stars and I hope that there will be another series. 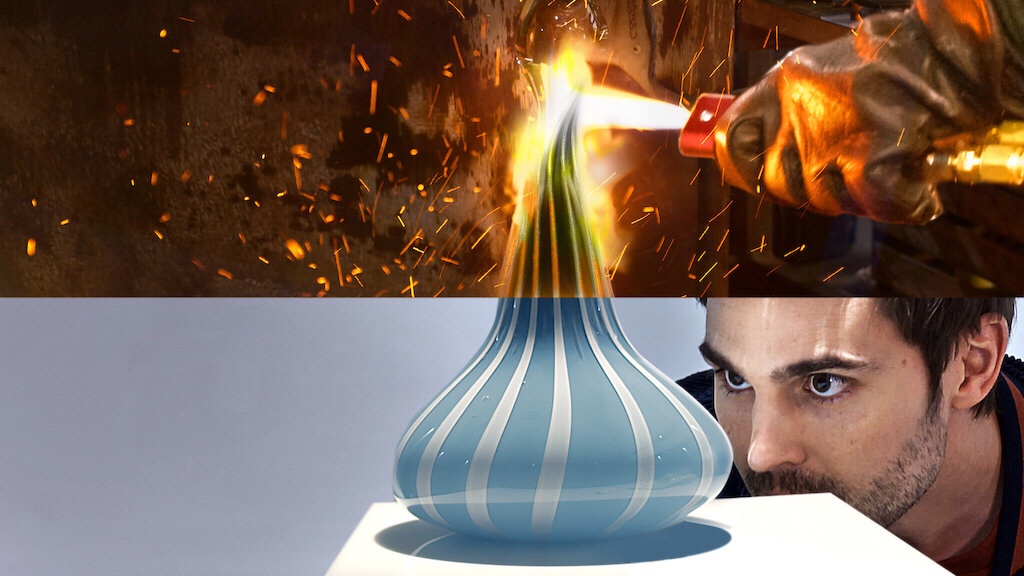