I have to start this review by disclosing the fact that I actually appear in this new series of the Netflix original series sex education as an extra. With that in mind, I was a massive fan of the show before I was involved with it so I was very excited about the release of the second series. To be invited by Bafta Cymru to the preview screening (which was hosted by chapter arts centre) only added to my excitement.

As this is the second series of the show it follows on from what happened in the first series and so I encourage you to watch the first series (if you haven’t already) before the new episodes get realised on Friday. What I can say about this new series is very limited but if you enjoyed season one then you will love the new episode. It appears this show was realised exactly what it is and does everything it needs to fill the gap in the television market. Everything about this new series is bigger, including the characters and the actual story, so if you enjoyed season one you will move season two. The show follows the socially awkward Otis as he opens a version of a sex education ‘clinic’ where he helps people have been experiencing some form of issues/problems which lands him into many hilarious conversations and situations. Obviously, as the name suggests, there are a lot of references to sex and actually, the new episode that I was lucky enough to watch, contains a lot more explicit scenes and strong scenes of a sexual nature. This means it’s definitely not appropriate for a very young audience but is perfect for a teenage or older viewer.

After the screening, I was lucky enough to witness the Q and A with some of the creative team who worked on this show. This allowed the attendees to get a ‘behind-the-scenes’ look at how the show was built as they talked about how they sourced suitable locations, what it’s like working for the media giant that is Netflix and the casting process. This was hosted by Steffan Powel who was a great host and had the creatives feeling extremely comfortable and had them talking throughout which made the event even more enjoyable. After this section every audience member was treated to food and drink (courtesy of Netflix) which was fantastic and gave everyone an opportunity to network while giving everyone a mutual topic to talk about, that being the show itself. 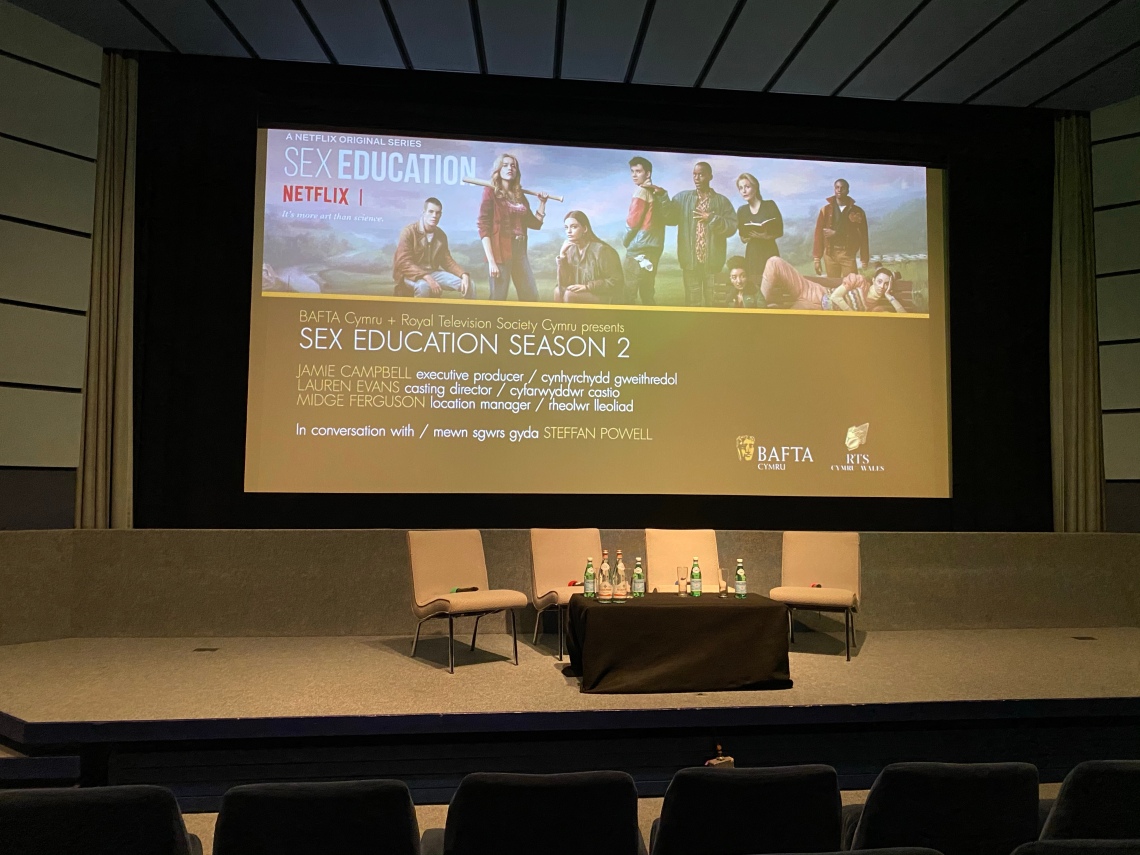 Overall this was a fantastic event that treated all guests wonderfully while fulfilling everyone’s want for more episodes of sex education. The screening itself was hilariously funny and I am very excited to watch the rest of the new episodes when they are released into Netflix. I would rate this event as 4 out of 5 stars and would recommend everyone to firstly become a Bafta member 😉 and second to watch this hilarious coming of age comedy series as it is one not to miss!