When I was invited by BAFTA Cymru to attend an evening with Ruth Jones and Rob Brydon, obviously I was very excited but quickly realised I can’t attend an evening with them without having watched Gavin and Stacey first. So that’s exactly what I did and after 11.5 hours of the series, I was fully equipped to get the most out of this special evening.

This event took place in the national museum with the Reardon theatre which helped elevate the event to a sophisticated affair. This was further added to by the fact that the pre-event drinks took place in the gallery and so we were stood networking surrounded by thousands of pounds worth of art. Every staff member and the way the event itself was organised made every attendee feel special which was obviously a fanatic thing to feel so the organisers had clearly thought carefully about things such as networking space, location etc when planning the event. The reason for this event was obviously a way to promote the Christmas episode of Gavin and Stacey but what was fantastic about his event was that it didn’t just seem like a walking, talking advert for the series. Ruth and Rob discuss many things such as earlier projects together, getting into acting, school life and writing comedies among other things which were great considering that there may be people in the audience who haven’t watched Gavin and Stacey before but are facials with the work of Ruth and Rob from other series’. There was a strong focus on encouraging young writers to get involved with projects such as the BBC writers room (who supported the event) and such which aligns with BAFTA’s image as well. 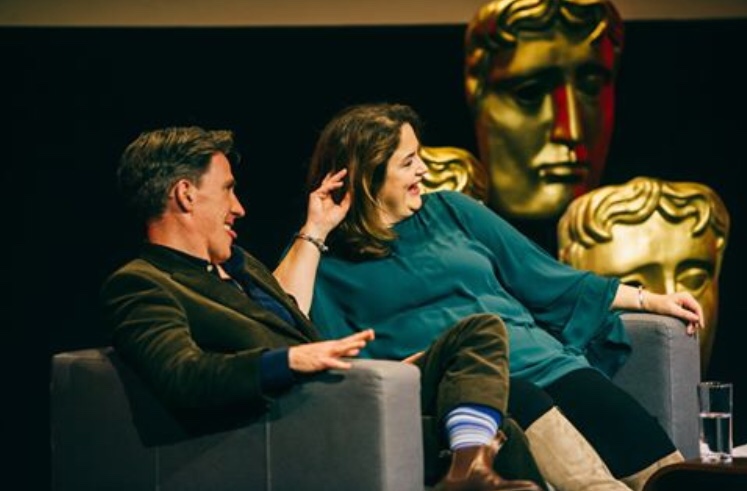 The event was hosted by Huw Stephens who was a fantastic host that asked all the important questions, had clearly prepared well for the interview and encourage a conversation with the two special guests excellently. This event had clips from Gavin and Stacey, comic relief and other projects which not only helped with the theme of the evening as such it also made the event even more professional. The videos helped illustrate what Rob and Ruth were talking about while also being very comical. Ruth Jones and Rob Brydon clearly have a very strong friendship as the bounced off each other well and also had the audience laughing throughout. A highlight of this was a rendition of a song they used to sing while on the way to an improv class. The actual questions from the audience were very short and could have done with a lot more time as even I had a question but was unable to ask due to the time restraints. 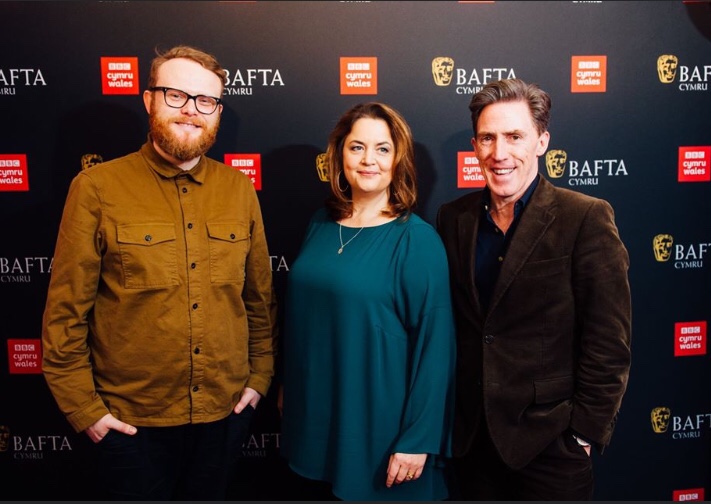 Overall this was an incredibly special event that made everyone feel like a million bucks. Huw, Ruth and Rob delivered a relatable, educational and comical discussion which contained vital advice for people interesting are not just writing but acting too. As per usual I would recommend anyone who is interested Pursuing a career in the arts to become a member of BAFTA as it is affordable but also allows you to network and get advice from people already in the business. I would rate this event 4 and a half stars!

Ps. Find the full interview filmed by BAFTA at http://bit.ly/2qDQCcG